Shrevewood Elementary School opened on September 6, 1966. Planning for our school began in 1964 when Fairfax County School Board minutes record land transactions related to the North Pine Spring Elementary School site on Shreve Road. North Pine Spring Elementary was the site name for our school. A site name is the name Fairfax County Public Schools officials use for a school during its design and construction process before the School Board has officially given the school a name. In March 1965, architect Anthony F. Musolino was assigned to prepare plans for North Pine Spring Elementary with the specification that the school was to be designed for a maximum capacity of 900 students. Musolino's plans were approved the following September, and in December 1965 the construction contract for our school was awarded to the firm of Whitener & Skillman in the amount of $674,486. At its meeting on February 24, 1966, the Fairfax County School Board formally named our building Shrevewood Elementary School.

What is the origin of the name Shrevewood? 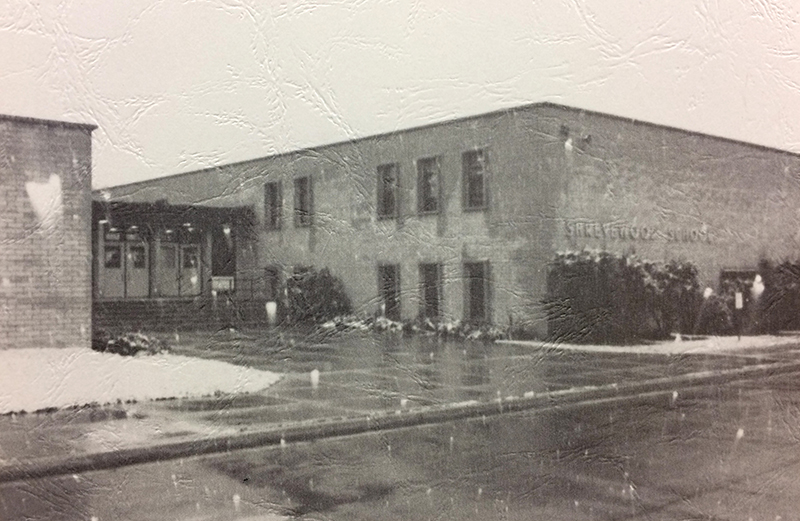 This is Shrevewood Elementary School as it appeared in 1980. The first major change to our building came in 1986 when the Fairfax County School Board authorized the construction of a gymnasium and music room addition. Explore the evolution of Shrevewood Elementary School in this series of aerial photographs courtesy of the Fairfax County Park Authority.

The earliest yearbook we have in our collection is from the 1979-80 school year. However, during our school's 50th birthday celebration in November 2016, we opened a time capsule that was sealed in 1996 and found inside a page from Shrevewood's very first yearbook. 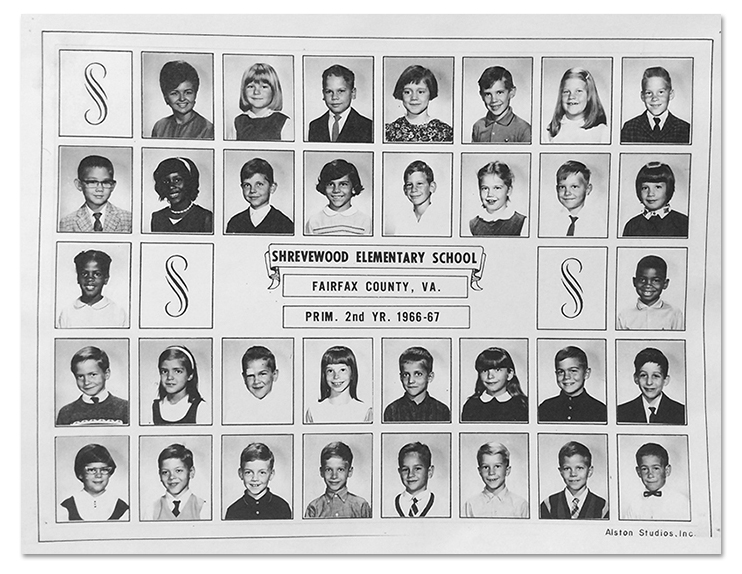 Pictured is Mrs. Mary Ann Chung's 2nd Grade Class. Also in the time capsule we found a copy of Mrs. Chung's teacher's contract from 1966 which stated that her salary for the year was $5,700. Mrs. Chung taught at Shrevewood from 1966 to 1969 and went on to become principal of Sunrise Valley Elementary School.